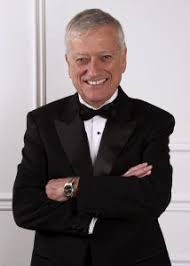 Our Director was organist at St. Michael’s Cathedral in Toronto for 40 years and was bestowed Papal Honours in 2006, as a knight of St. Gregory. An alumnus of St. Michael’s Choir School, he has held many positions in over 40 years at the school, including Director of Choral Music, Tour Director, organ and theory teacher as well as conductor of the Tenor-Bass and Senior Choirs. He was also head of the Instrumental and Theory Departments. Conductor, organist and accompanist, he now resides in Collingwood with his wife Dolores. At present he is an organist at St. Mary’s Church, Collingwood, and conductor of ChoralWorks Choir in Collingwood.